The Deep Roots of the Danube Civilization 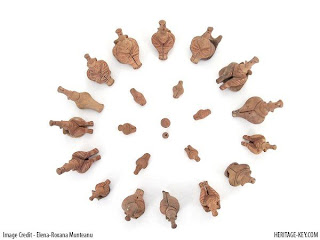 The Deep Roots of the Danube Civilization

1. The high status of the Danube Civilisation

The “early civilisation” status can no longer limit itself to the regions which have long attracted scholarly attention (i.e. , Mesopotamia, the Levant and the ancient Indus valley), but it has to expand to embrace the Neolithic and Chalcolithic civilisation of the Danube Valley.

Some markers of civilization in southeastern Europe:
- Development of subsistence agrarian economy by improvement of agrarian land and technology. Agriculture is no longer limited to the best patches of arable land around the settlements, but it is practiced also on more difficult soil at some distance from the homestead. There is evidence of the use of the plough and the irrigation.
- Refinement and improvement of techniques of pottery production. The progress in pottery technology is equally fast in the west and in the east.
- The emergence of metallurgy was an independent process which was not influenced by Near Eastern traditions.
- An increase in trade can be observed since the mid-eight millennium p.t. (present time). It was a long distance trade and involved shells, marble, obsidian and copper.
- Urbanism. Within the expanding settlement, a more effective layout can be observed in the course of its development. The plans of street patterns and the alignment of houses become more complex in time. As for the size of settlements, some grow to offer homes for several thousand inhabitants.
- Homes. There are changes as to the size and functions of buildings. While the average size of houses is about 8 by 5 m, buildings in the larger town may have a length of up to 30 m, two stories, with three to four rooms on each floor.
- The buildings assume more specialized functions. By the eight millennium p.t., there is a tendency to either separate space according to stories in one house or, more preferably, to erect separate buildings with specialized functions. In addition, profane and sacral architecture tend to assume more distinctive features than in previous periods. At several sites, models of temples have been excavated. Some of them must have been large structures on broad platforms.
- Sophisticated patterns of religious imagery.
- South-eastern Europe developed its own system of writing (Danube Script) 7300 years ago and it is the oldest known to date.
- The origin of writing is evidently linked to the quantitative growth of the information which had to be recorded and transmit. For this reason the Danube Civilization developed a complex system of communication: the Danube System of Communication. It was composed of several elements: writing was only one of them, even though important, original and unique.

- In a traditional perspective, statehood, hierarchies of authority and a stratified society were considered essential for achieving a higher organizational level of cultural development: civilisation. The Danube Civilization demonstrates that there were other major civilisations of the Old World where statehood was either unfeasible or a marginal factor. Where the ancient Danube cities flourished there was no state organisation that could be compared to the Sumerian city states or to dynastic , but rural and semi-egalitarian Neolithic communities and a network between the villages. In the Neolithic Danube Valley there is convincing evidence that statehood was not a necessary ingredient in the formative process of early civilisations

2. From many point of views the Old Danube Civilization has to be placed in a leading position in economic and cultural affairs.

As for the cultural chronology of crucial innovations, Old Europe holds the edge in pace as compared with the development in other regions. In the span of two thousand years from the mid-eight to the mid-sixt millennia p.t. compared with Danube Civilization the pace of development in the Orient is moderate, although steadily progressing. In particular, metallurgy and writing emerge much earlier in Europe than in Asia.

- Pyrotechnology which is a precondition for metal-working, advances more swiftly in the Occident than comparably in the Orient.

- There is an earlier archaeological record for several of the basic smelting technologies in Europe. Gold was worked in southeastern Europe more than one and a half thousand years earlier than in Mesopotamia.

- Urban agglomerations are known in Europe and Anatolia already from the eight millennium p.t. while, in Mesopotamia, the emergence of townships dates to the seventh millennium p.t.

- Writing makes an early appearance in Danube Civilisation and enters the sphere of ancient urban culture in Mesopotamia fairly late. The birth of writing is backdated from the kingdoms and the great city-states of the bronze age to the semi-egalitarian villages of Neolithic peasants and its barycentre moves from the Near East to south-east Europe.

In conclusion, if we are to make sense of the history of Old World civilisations, we have to recognise the high status of the Danube Civilisation inside them and its start-up in advance of some markers.

Before the new chronology had been established, scholars readily assumed Sumerian influence, not only in the sphere of writing but also in economic and cultural affairs. But there is evidence for a west-eastern drift of culture in the sixth millennium p.t. (present time). In particular, archaeological, anthropological and linguistic evidence is being gathered to demonstrate that the people in the Neolithic Old World were engaged in long-distant trade contacts and intercultural relations and that the impact of their influence was predominantly directed from west to east.

This cultural drift from Europe to Asia via the Aegean and Anatolia is explained by the time gap that can be observed in the archaeological records of the Danube Valley and Mesopotamia: the Danube Civilisation flourished before the Sumerian one.

The European cultural influx into Asia can be illustrated in an analysis of prominent technologies, for example writing. During the formative period of writing in Mesopotamia, the local tradition of signs on tokens and pictography merges with influences from abroad, from the west.

a.1 In the Near East, a crude sign system with special functions (i.e. accounting and record keeping) had developed in pre-deluge times (tenth millennium p.t.), and this became more refined in the post-deluge era. But it is tempting to construct a direct link between the system of count stones and early Sumerian writing. And yet, only some 30 of the 2,000 signs of the Sumerian script have equivalents in the token system.

a.2 In addition to the native token system there is another reservoir of visual signs for which local origin can be assumed, and these are the iconic signs of ancient Sumerian pictography, some of them highly stylised.

b. Before the introduction of the modern cultural chronology of south-eastern Europe, scholars were puzzled by the similarities of the signs in the oldest inscription of the Danube Civilisation with early Sumerian signs; these similarities were being analysed in the light of a Sumerian cultural presence in Europe.

Those who base their investigation on the new calibrated chronology are equally puzzled by the sign similarities, but the reconstruction of an assumed historical relationship between the Old Danube and the Sumerian writing has now to be associated with a west–eastern drift. Did the Old Danube tradition of writing influence the Mesopotamian tradition in its formative process?

Sign similarities of the Old Danube and the ancient Sumerian scripts are not limited to "simple" forms which might be explained as coincidental (e.g. motifs such as the head of an animal or the outlines of a tree).

Parallelism in the compared sign repertories also strikes the eye due to the many similarities in the details. In the provisional list of sign convergence, there are more than 40 sign parallelisms (excluding "simple" forms). The convergent iconic material can be extracted from the 230 Old Danube signs as compared with the 770 signs of the ATU-list.

4. The Danube Civilization as a network society.

The Danube Civilization changes the idea of civilisation and its historical formation, because witnesses another trajectory from foraging to complex agrarian societies far from the state model (This is well known from the Mesopotamian tradition since Sumerian times. The state model is a system of hierarchal and centralised authority: state organisation, social class stratification, already centred lay-out of the earliest towns, temple economy).

It is a complex society characterised by semi-equality in social relations, the observance of reciprocal socio-economic interests, the absence of the state, the rise of urbanism through expansion to oil spot from villages to towns with thousands of inhabitants and without the need of many defence structures.

It is also an agrarian society, where the villages were not oppressed by the political authority of towns. The local economic surplus of villages is not monopolised by the inhabitants of urban centres. There is an efficient, although not centralised, relationship among towns. The distribution of goods and resources is based on interregional trade. It is a relatively tranquil confederation of strongly regionalised cultures with common roots. The development of a script was associated with the religious sphere and not with the economy and it was linked to images of female divinities.

The network model of society is present in the horizon of the Danube Valley, Indus valley and the Halaf culture (7.200 – 6.000 p.t.) in northern , in an area between Mosul and Aleppo.

5. The deep roots of the Danube Civilization.

There is no "sudden rise" of any civilisation. Looking at the "checklist" of cultural patterns which had evolved in the ninth millennium p.t., it is clear the accumulative effect of cultural memory. In the structures of Danube Civilization, we do not simply find elements relating to the Neolithic Age but many bricks of older cultural periods which can be traced back even to the Palaeolithic Age (e.g. the manufacture of figurines in different materials; belief in female divinities as patrons of nature and culture).

The impressive correspondences between prehistoric symbols and signs of writing suggest, if not common meaning, at least a common principle of representation lying behind the representative act.

The discovery and the stress of close correspondences and impressive analogies between symbols and marks on rock art or on bone objects and Danube Script is an important step to interpret some of the former as “precursors of writing”. The Neolithic writing of proto-Europe was therefore preceded by a cognitive and symbolic revolution: the invention, starting with a simple graphic element, of complex geometrical motifs and their exceptionally logical organisation.

In conclusion, literacy has inherited a clear propensity for abstraction, a familiarity with geometry and a numerological knowledge from the older populations of hunter-gathers. These took refuge during the last ice age in some temperate climate enclaves and invented primitive forms of pre-writing.

6. The acknowledgement of the Danube Civilization has important cultural repercussions on the European identity.

It brings an enrichment and expansion of the historical and cultural matrix on which our European identity is based, because the civilisation of the Danube is by now considered one of the “mothers” of modern European culture. 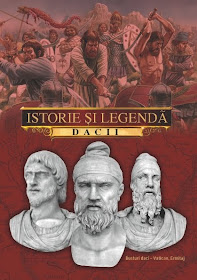 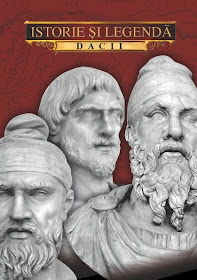 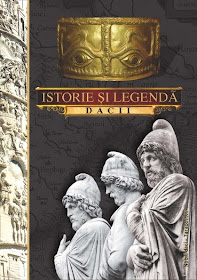 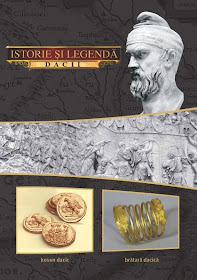